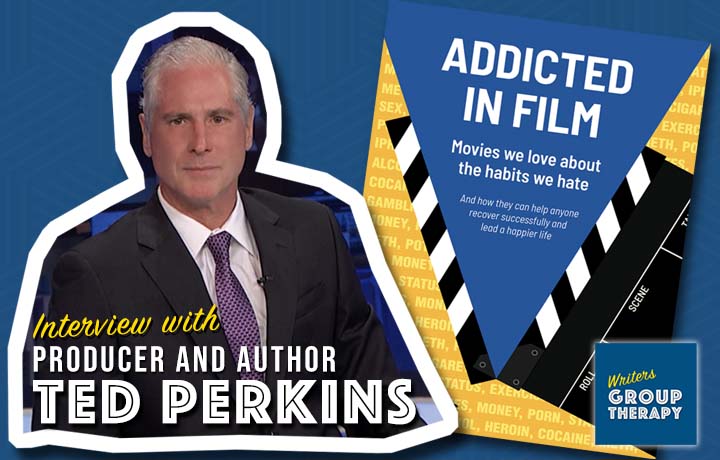 For some us, our biggest addictions are caffeine and endlessly scrolling TikTok videos, so, how do we write characters with more serious addictions? We talk to Ted Perkins, a former Warner Brothers and Universal studio executive, producer, screenwriter and now author who tackles the topic in his new book Addicted In Film, for which Ted watched 100 movies in 100 days about addiction.

Ted Perkins is a former film executive at Warner Bros., and his most recent post as Head of International Co-Productions and Acquisitions at Universal Pictures where he pioneered co-production between U.S. Major studios, Spain, Latin America, China and India. He turned to screenwriting and has sold over a dozen scripts to various companies including Fox Searchlight and Lionsgate. He recently sold a TV series spec for low six figures, and has another one in development with a large production conglomerate in Europe.